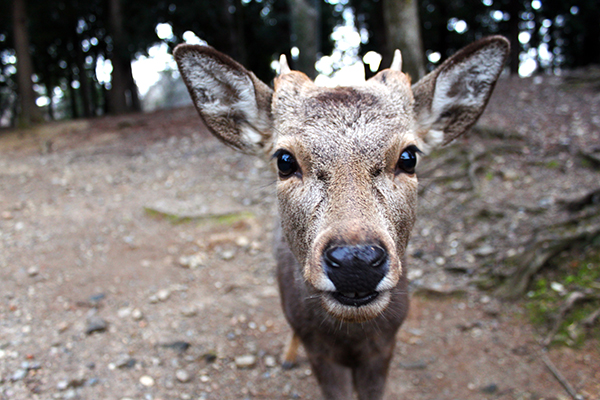 Twenty miles south of Kyoto sits the quiet city of Nara, a location wholly unique from the other cities we visited in Japan. It feels like a shrine to days past with rolling hillsides, preserved temples, and nearly 1,200 tame deer roaming the streets.

The story goes that a deity named Takemikazuchi arrived in the old capital of Nara on a white deer to act as its protector… and 1,300 years later… the deer of Nara are still considered sacred with complete reign over the city. 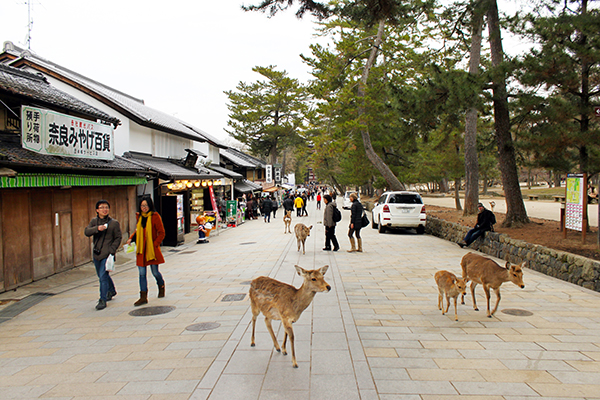 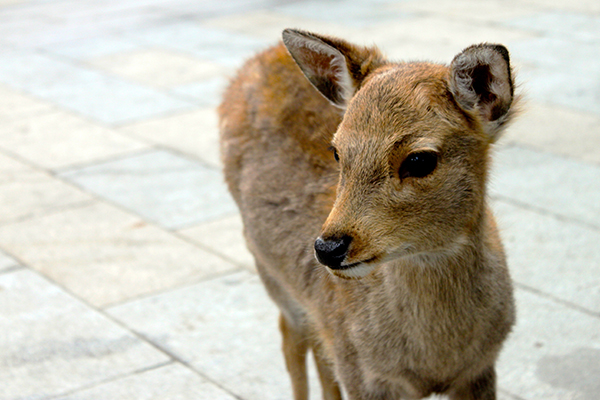 The deer are very tame and will even bow for their shika senbei (deer crackers). 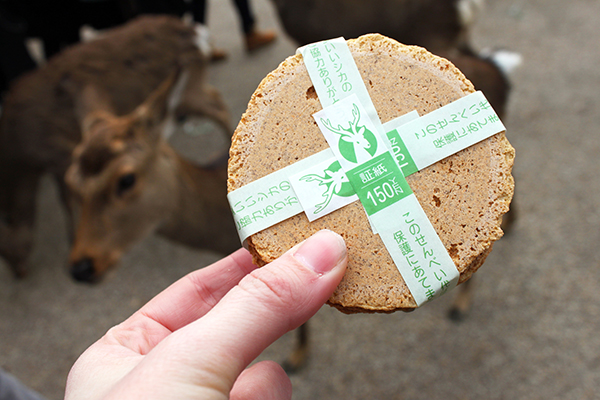 Signs throughout the city are dedicated to the care of the deer, along with vendors selling shika senbei around each corner. 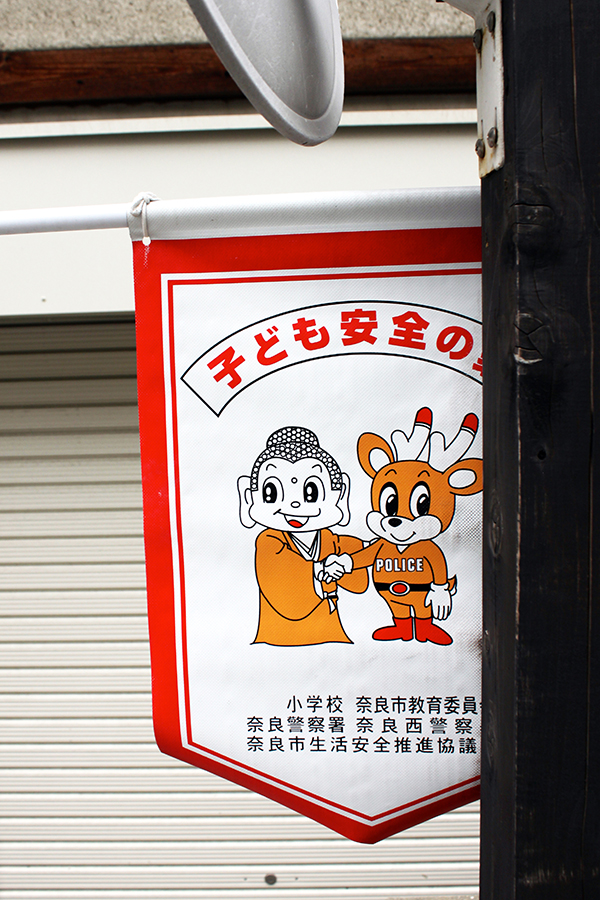 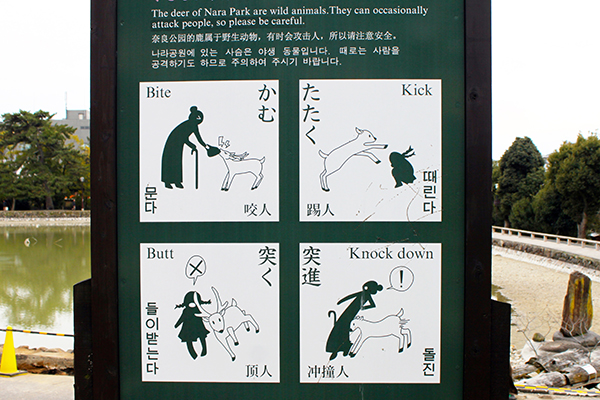 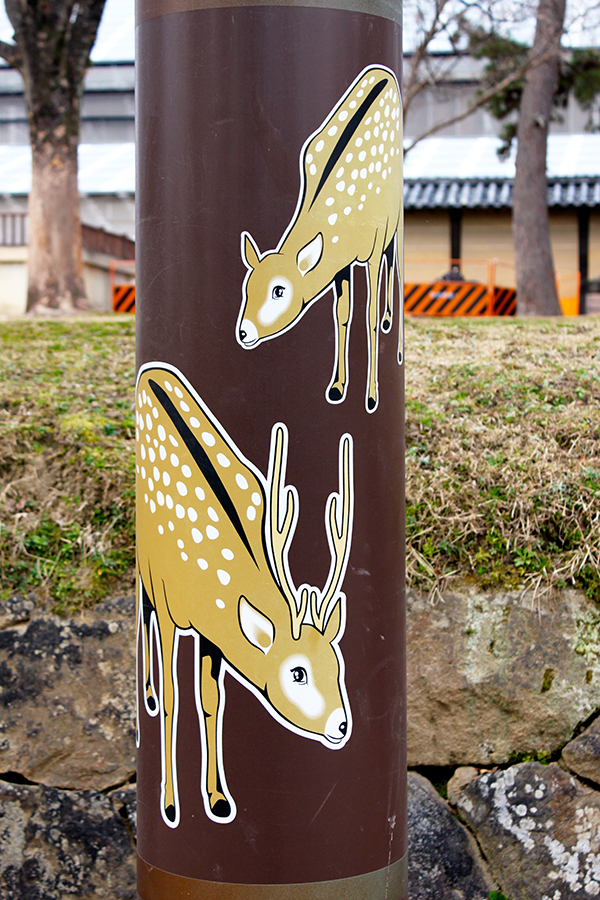 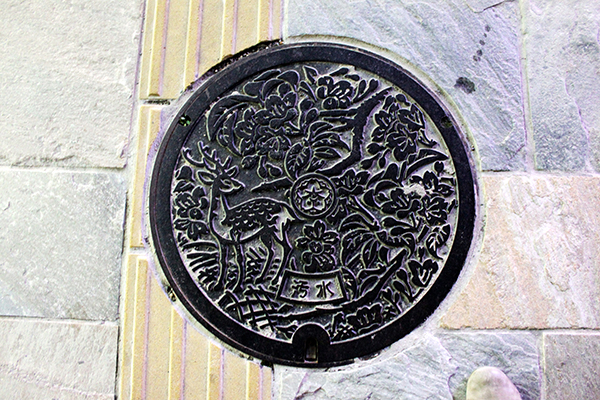 The deer know when you have food and will approach without fear. They will bow at first, but will also push, nibble, and head butt if you have crackers and are somehow not willing to share. 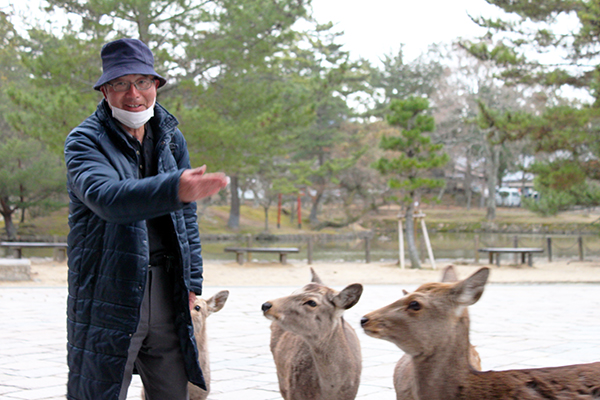 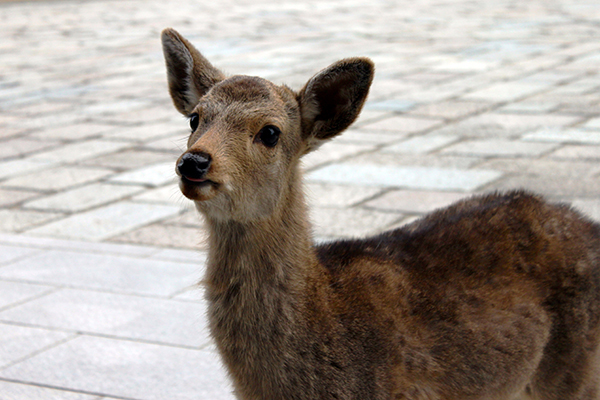 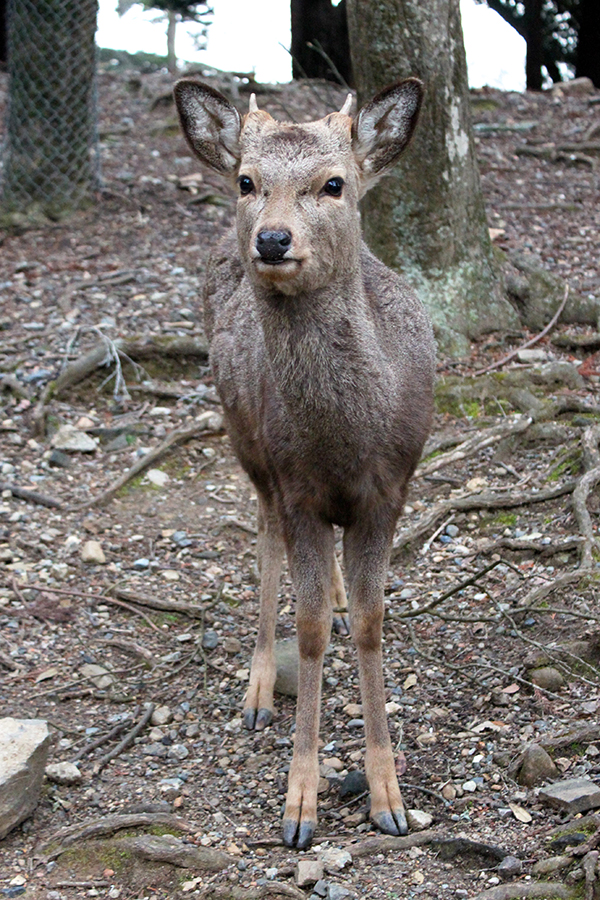 Aside from the omnipresence of deer, Nara is also well known for its extensive UNESCO World Heritage sites including, a Shinto shrine, a Palace, a primary forest, and five Buddhist temples. 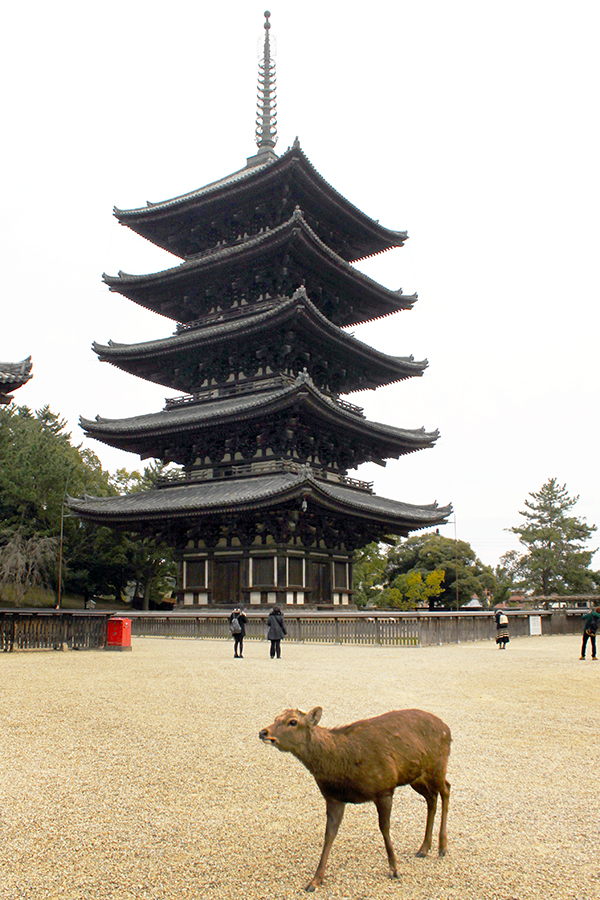 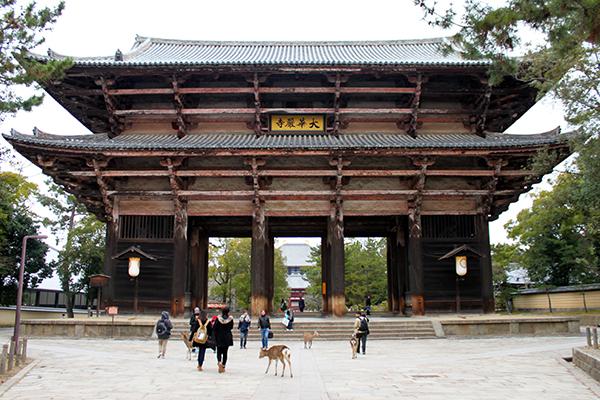 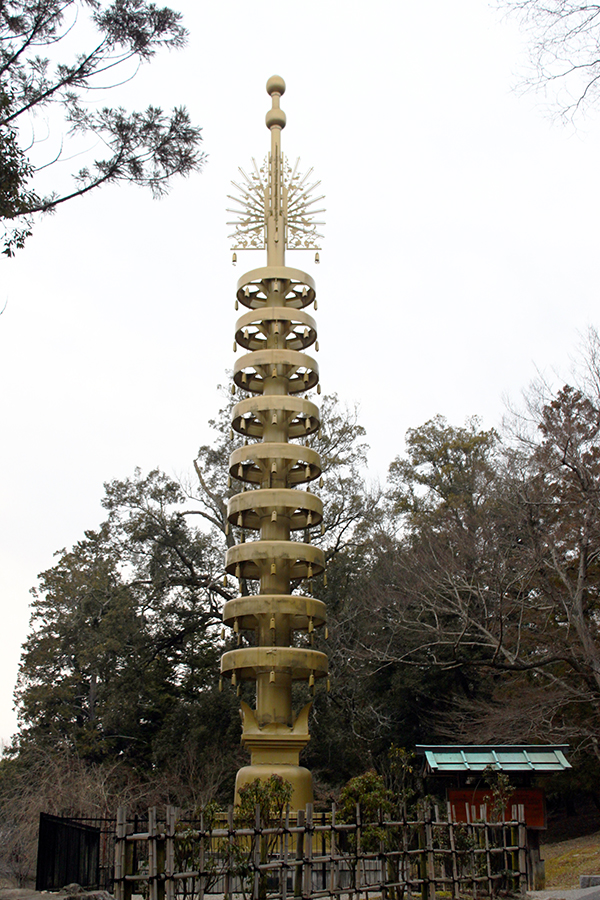 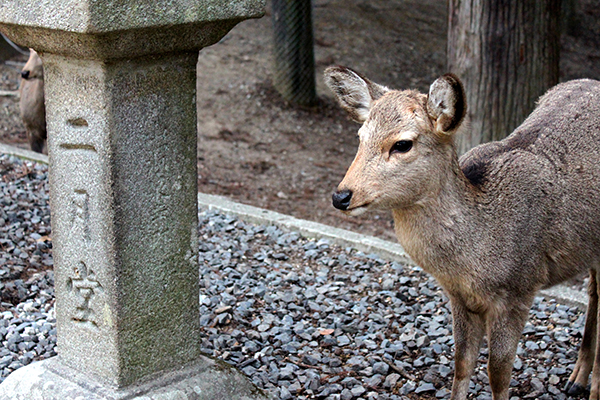 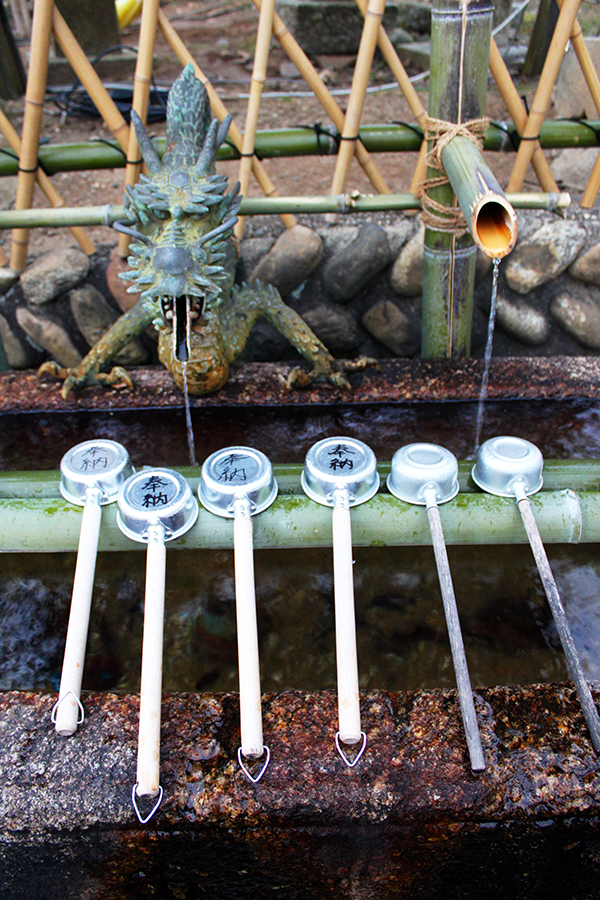 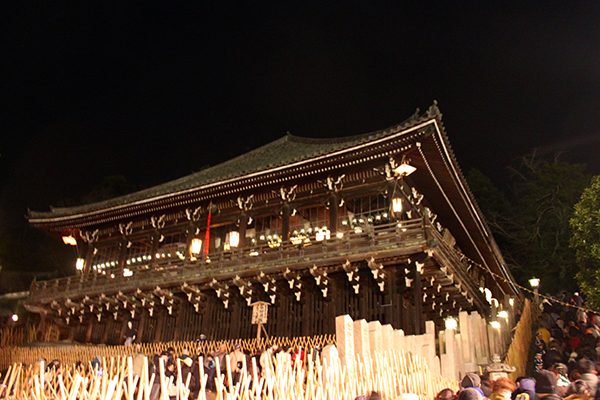 The event is one of Japan’s oldest festivals, having been held for 1260 years (since 752). 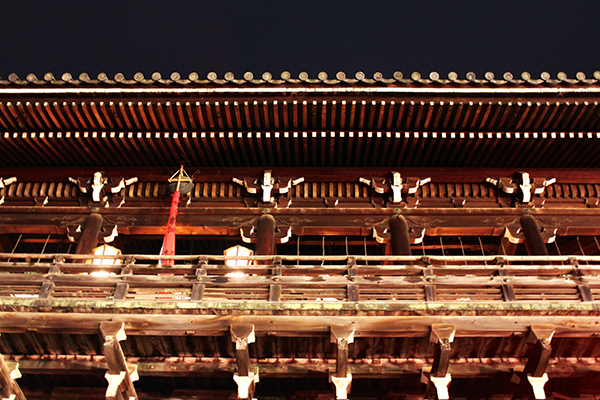 During the night of the festival, a huge crowd gathers below the temple to wait for the ceremony to begin (we were in the front row!). 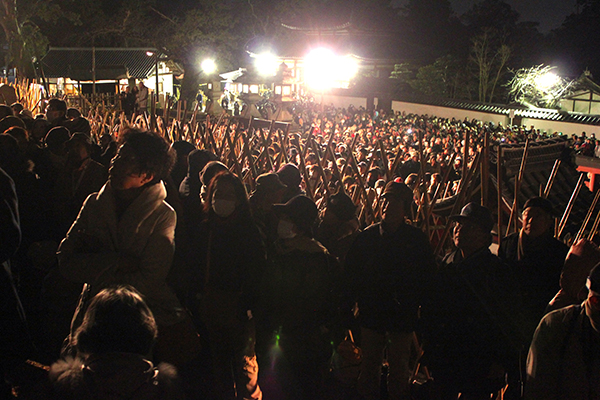 Throughout the ceremony, pine-torches are rolled across the front of the temple producing a spectacular show of fire and light. 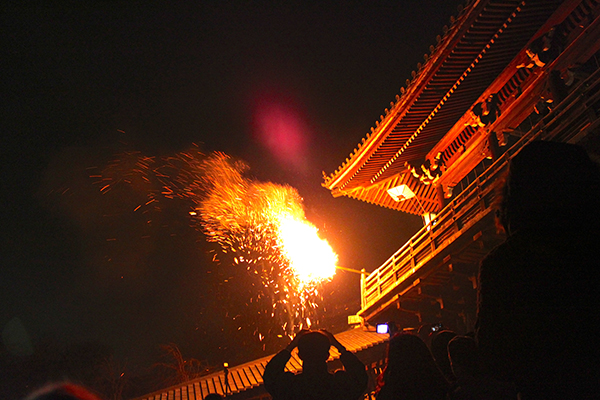 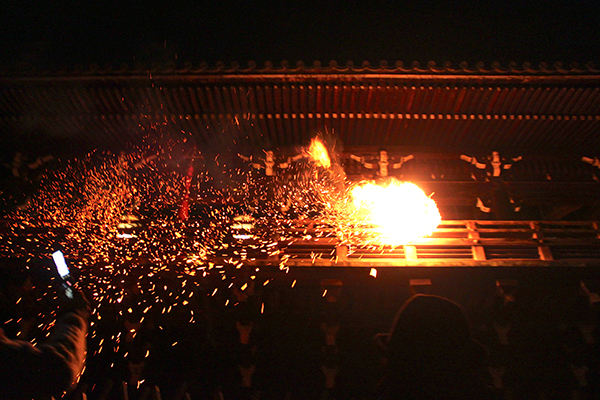 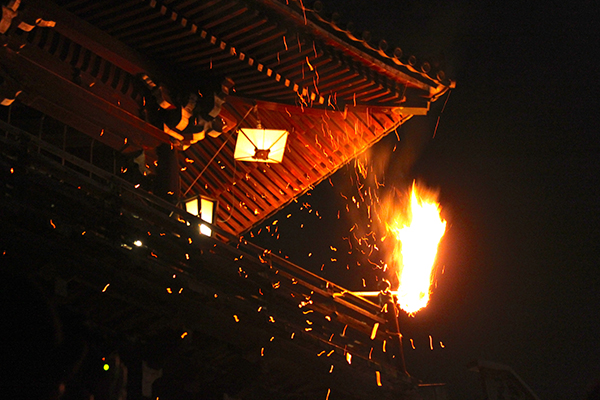 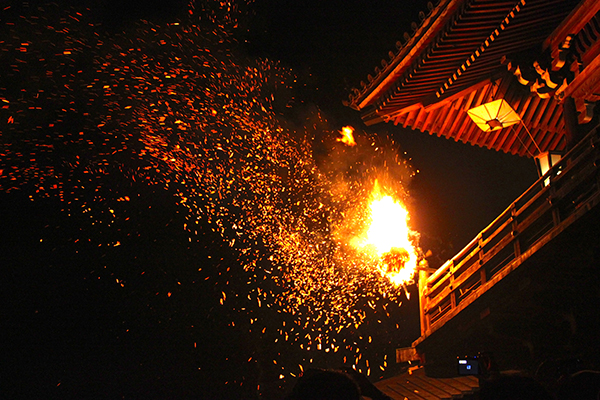 The sparks shower over the audience and although it’s a little scary, it is considered to be good luck if you are burned by one of the small flames. 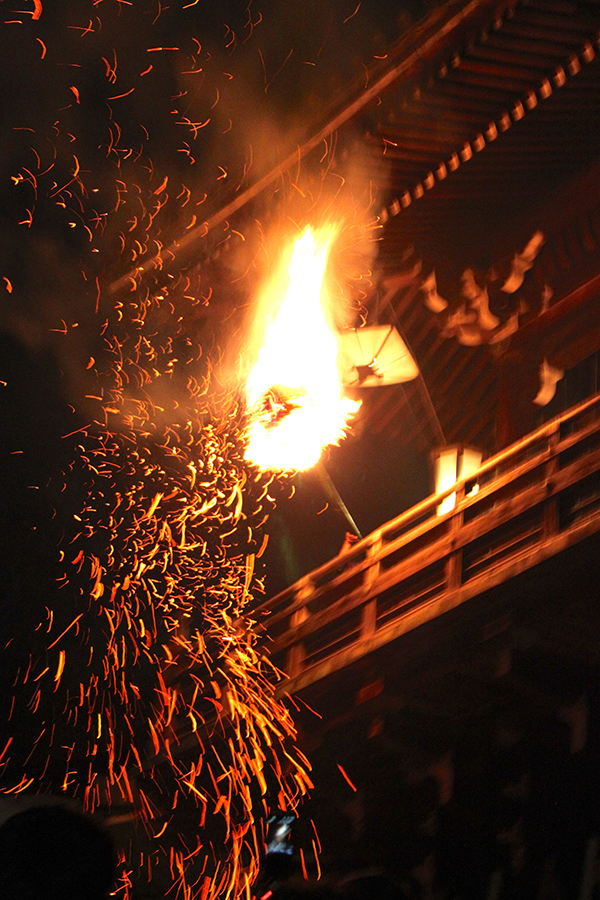 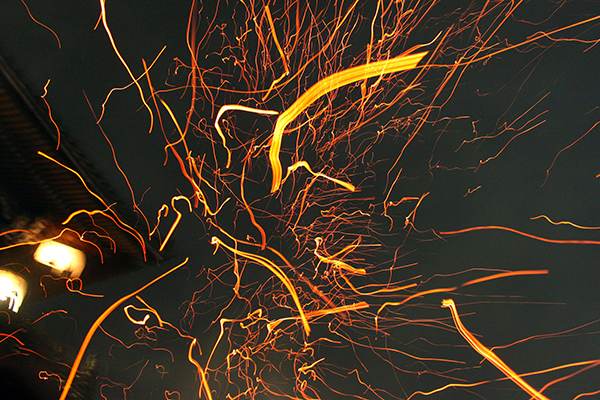 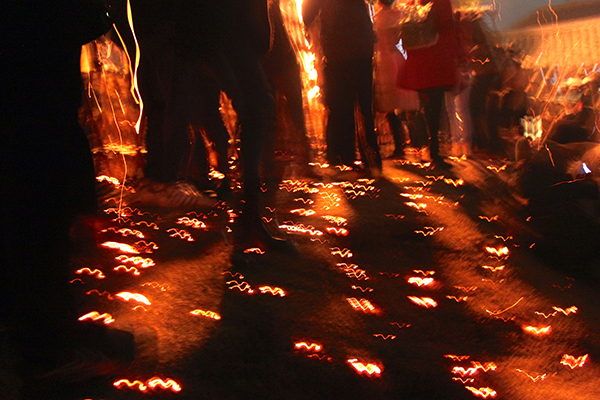 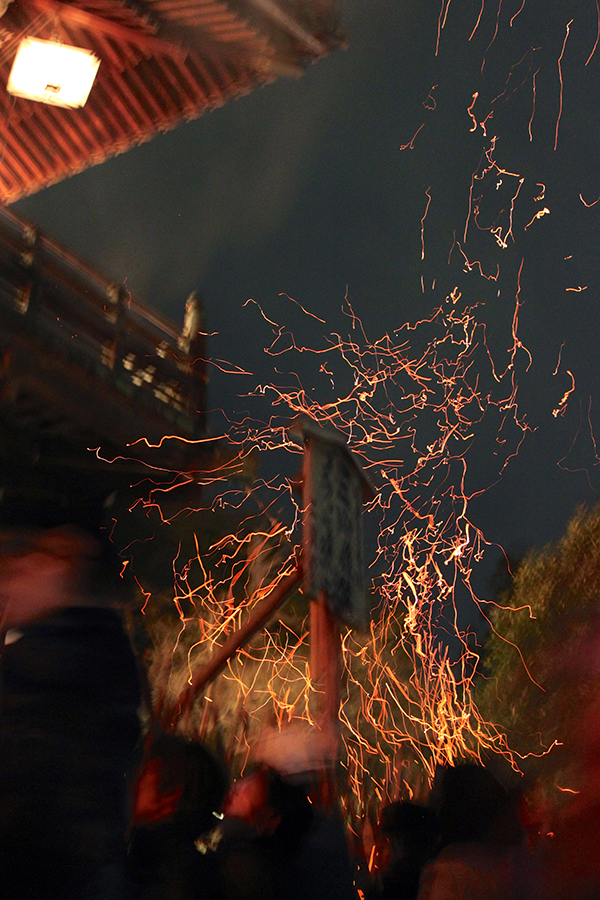 As you might imagine, it was an event unlike anything I have ever witnessed and I felt lucky to be part of this extraordinary Japanese tradition. 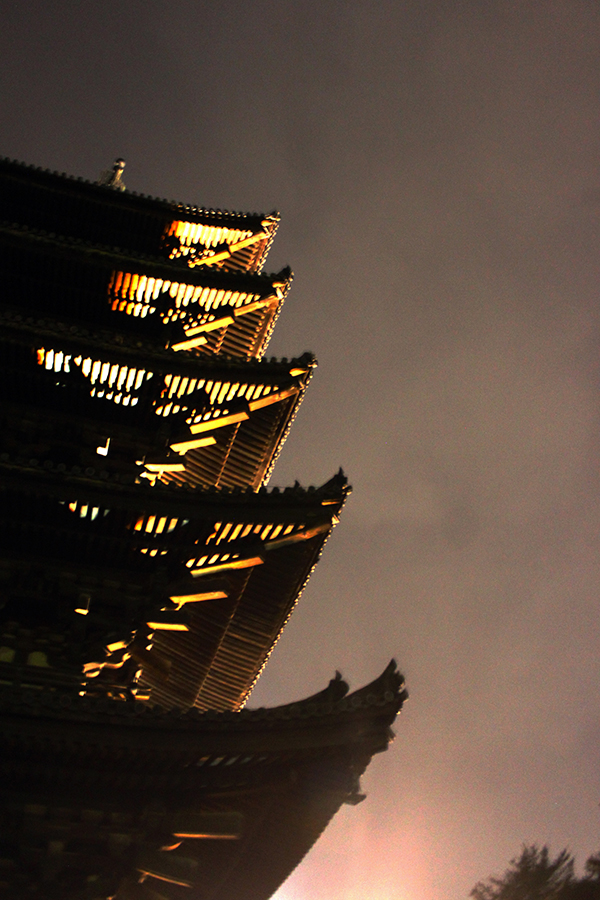 My only regret from our day in Nara is not having more time to enjoy the city. Personally, I could have spent another day roaming the streets to uncover more of the distinct cultural alcoves of Nara’s back roads. Next time, I’ll make sure to plan for two days and pack plenty of shika senbei for the deer.