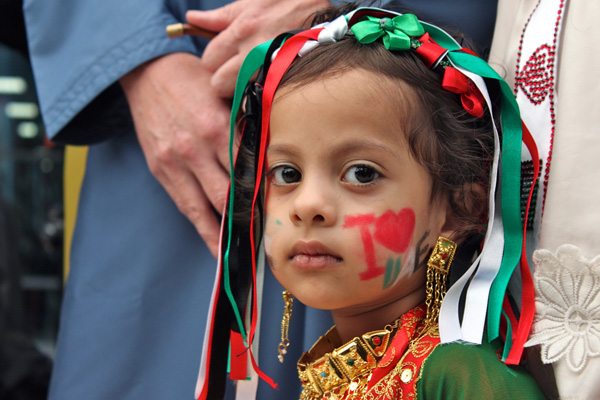 2011 marks the 40th year of the formation of the Emirtes and decorations have popped up all across the city to commemorate the occasion. Lights sparkle in green, red, white and sometimes blue (since black isn’t available in string-lights) while HUGE flags drape across buildings, houses, Universities, and even cars. To mark the occasion, the University celebrated the 40th National Day with performances, food, and events before sending us off on a 3-day weekend.

The UAE gained independence from British rule on December 2nd 1971 and under the leadership of Sheikh Zayed Bin Sultan Al Nahyan formed a union of 6 emirates (the 7th emirate of Ras Al Khaimah was added a year later). 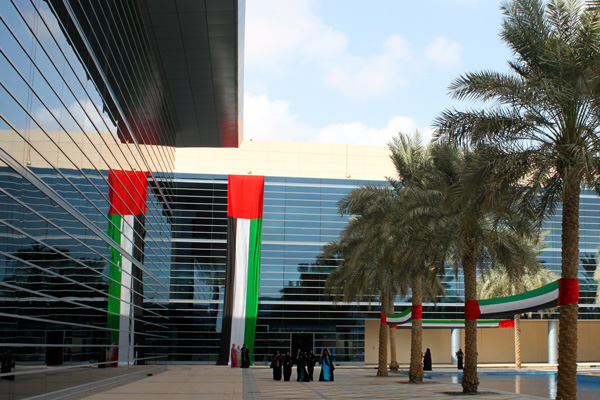 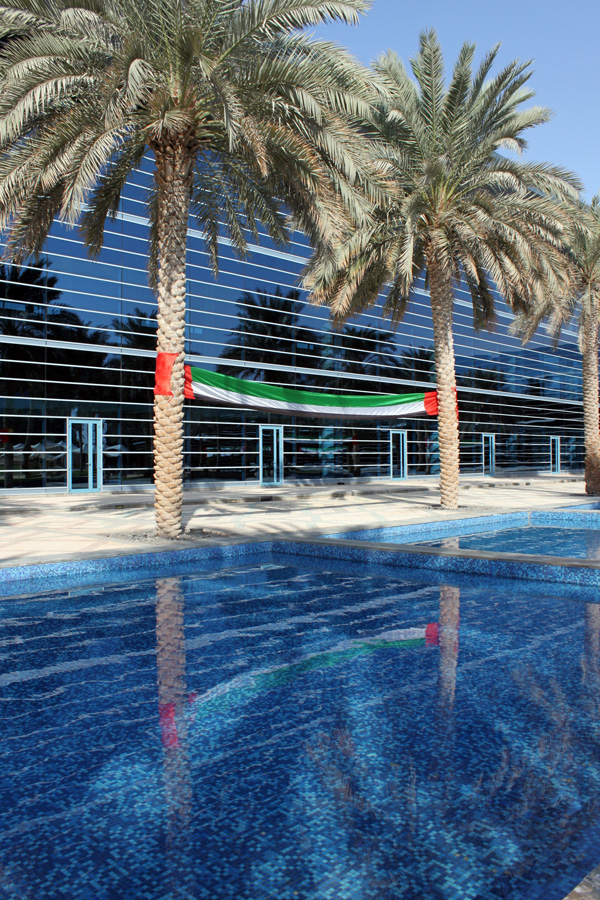 The celebration took place under the patronage and presence of His Highness Sheikh Nahyan Mubarak Al Nahyan (the UAE Minister of Higher Education and Scientific Research). 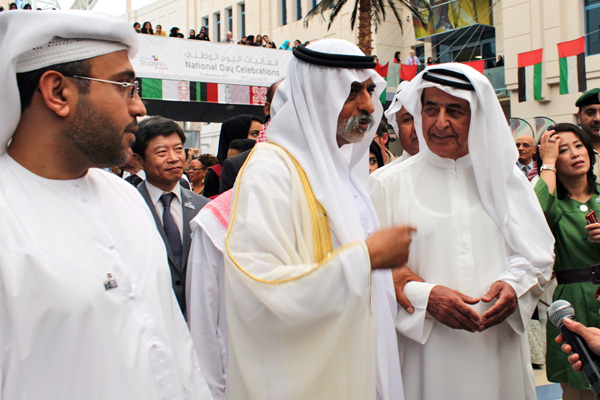 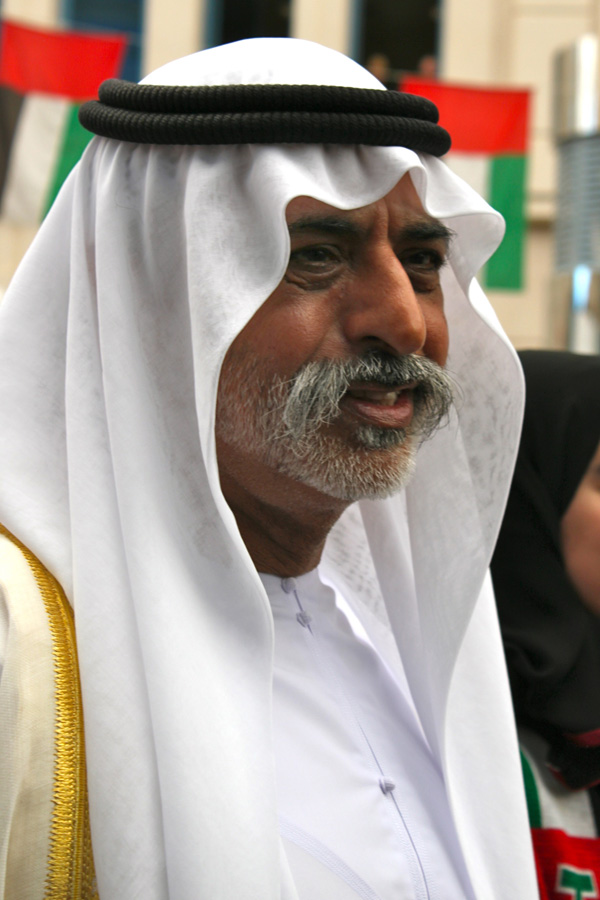 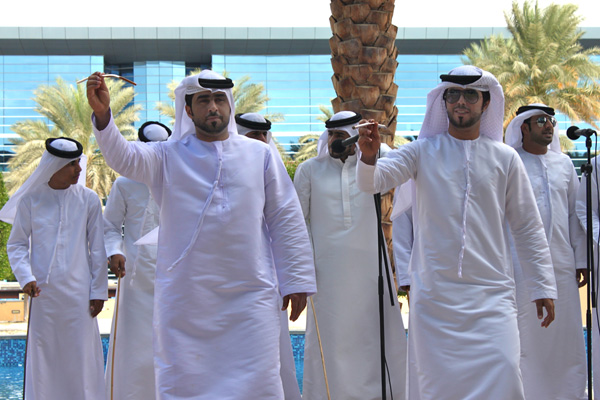 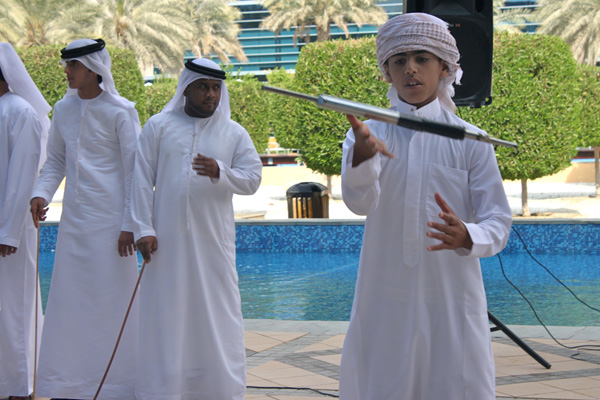 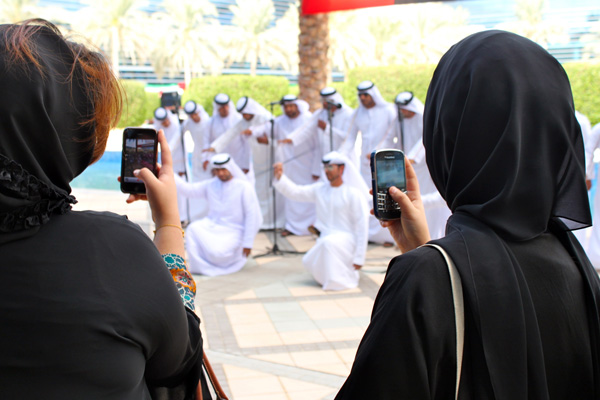 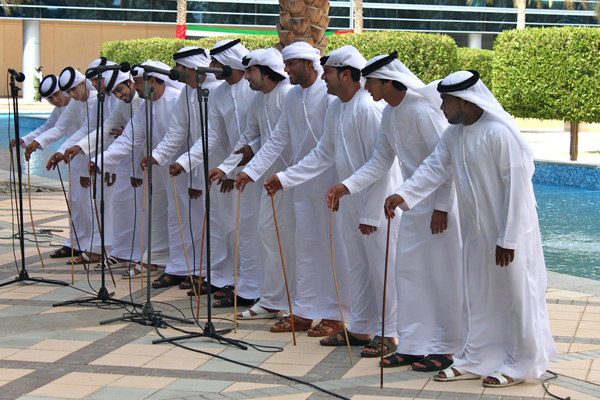 Faculty and staff were encouraged to wear National dress to celebrate the occasion (and even participate in a faculty/staff dress competition). Almost everyone in my Orientation group took part in the festivities and really enjoyed the spirit of the day together. 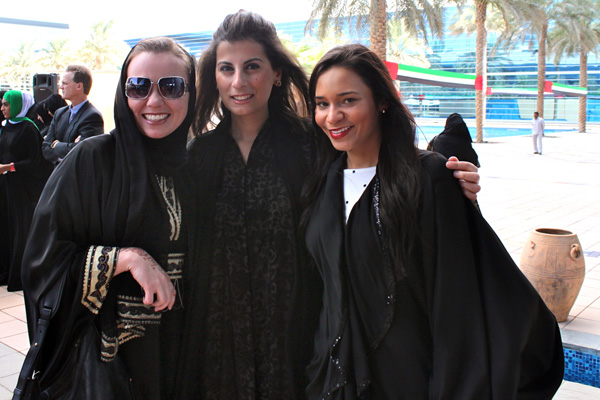 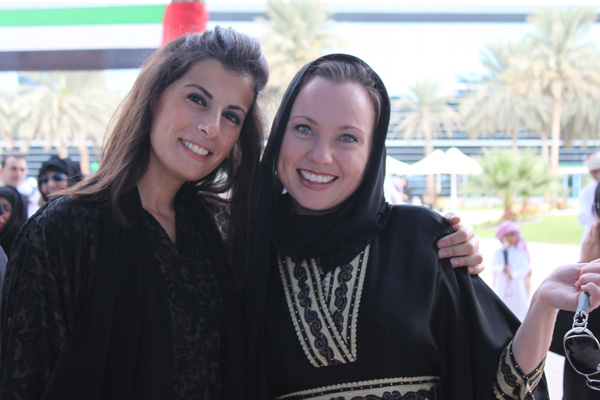 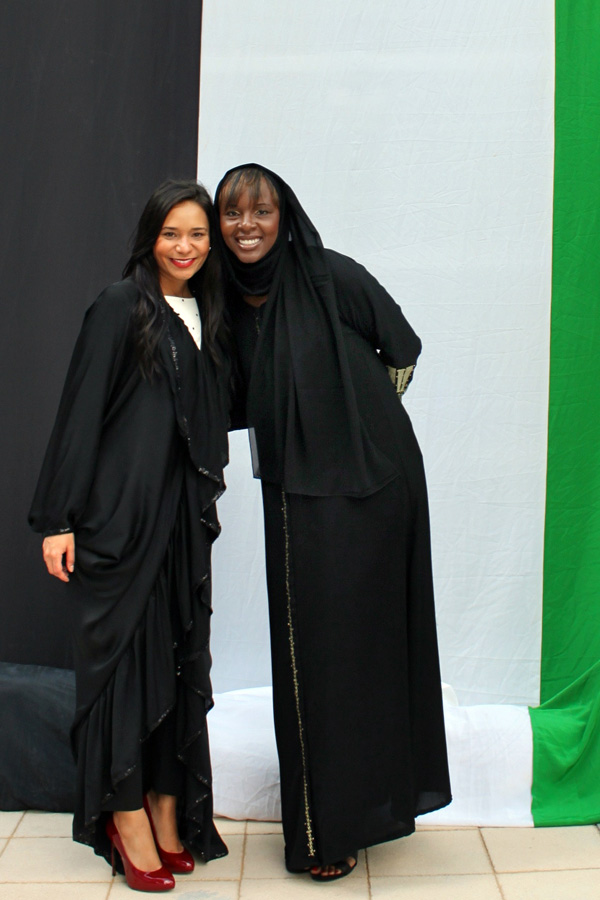 I absolutely LOVE my abaya (given to me by a lovely and generous student). I felt like a princess with how it flowed and all the lovely detailing. 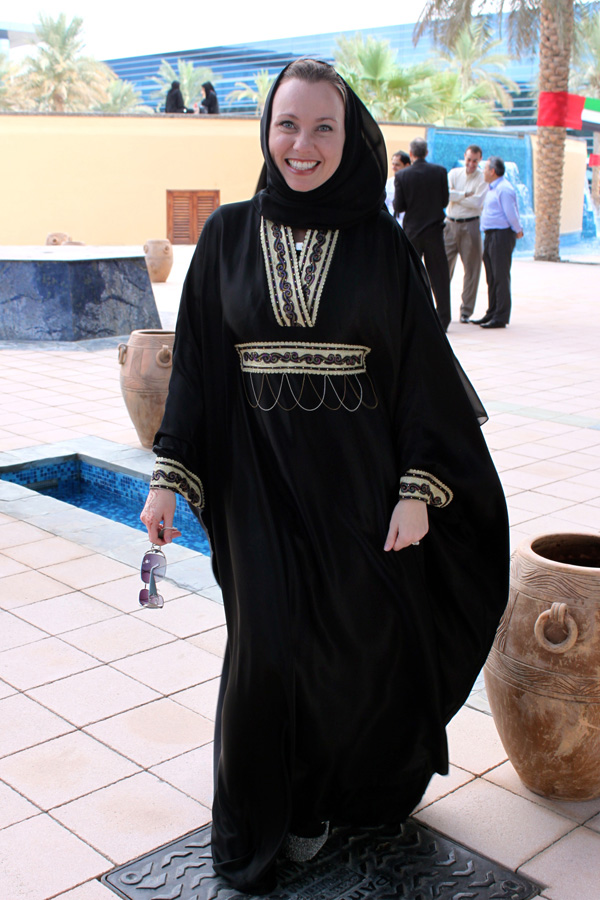 The “children’s play area” was filled with plenty of big smiles and adorable kids decked out for the occasion. 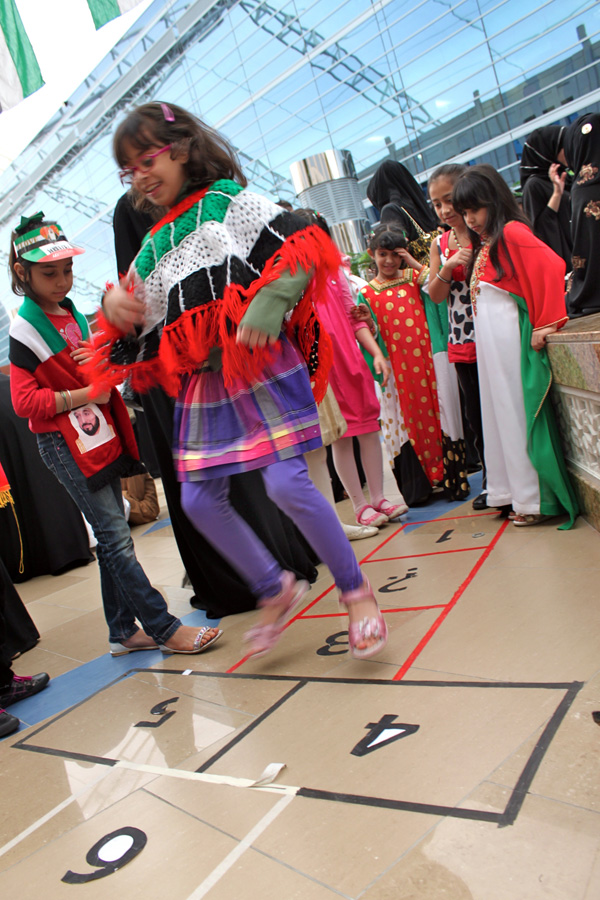 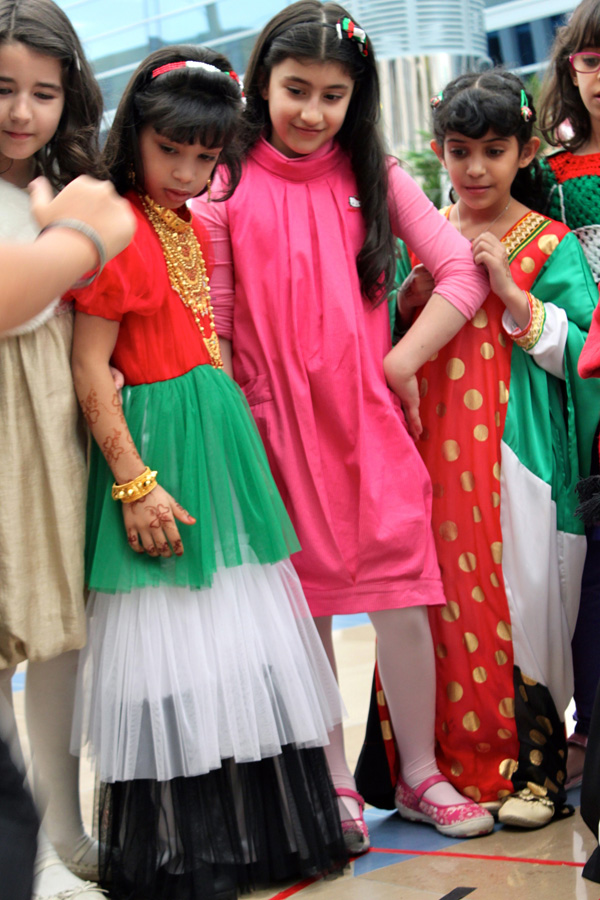 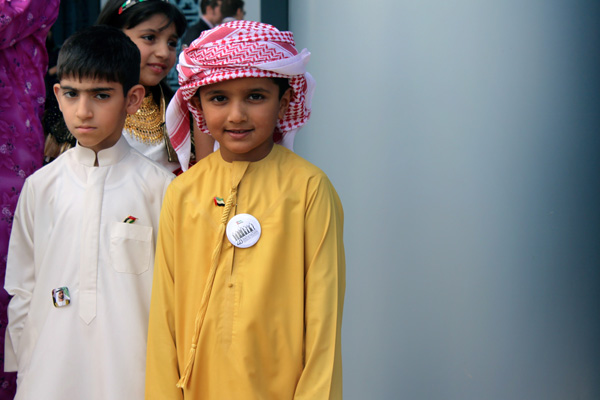 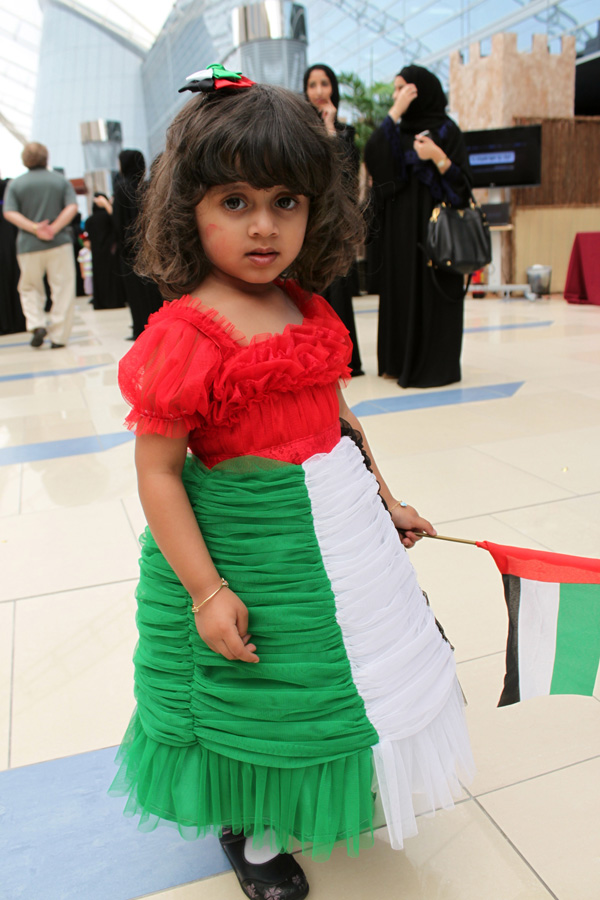 Interestingly enough, many of our students love the culture, food, and art of Japan (especially Manga). To honor National Day, the Japanese Club invited the Dubai Japanese School to perform their own national anthem with a traditional dance. 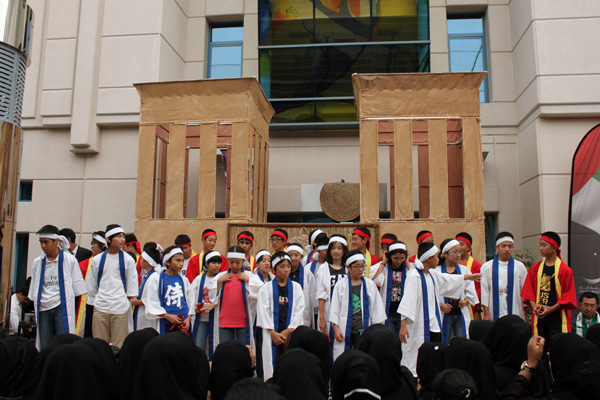 A presentation on falconry explained the importance of falcons in UAE’s cultural heritage. Falcons were originally used for hunting and helped supplement the Bedouin diet with (some) meat such as houbara or rabbit. 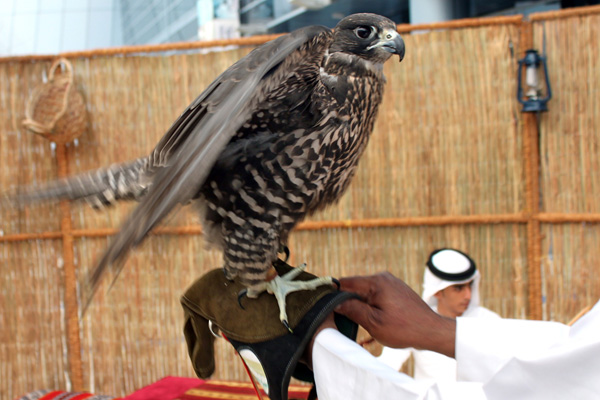 And last but not least, there was patriotic food (that’s parsley, hummus, black olives, and tomatoes). 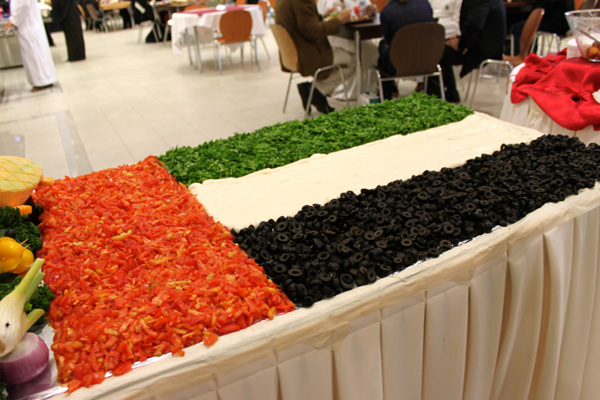 Happy National Day to a country that has been a welcoming and wonderful home for us over the past few months!